Can swearing be a legitimate part of a brand’s tone of voice?

Can swearing be a legitimate part of a brand’s tone of voice? 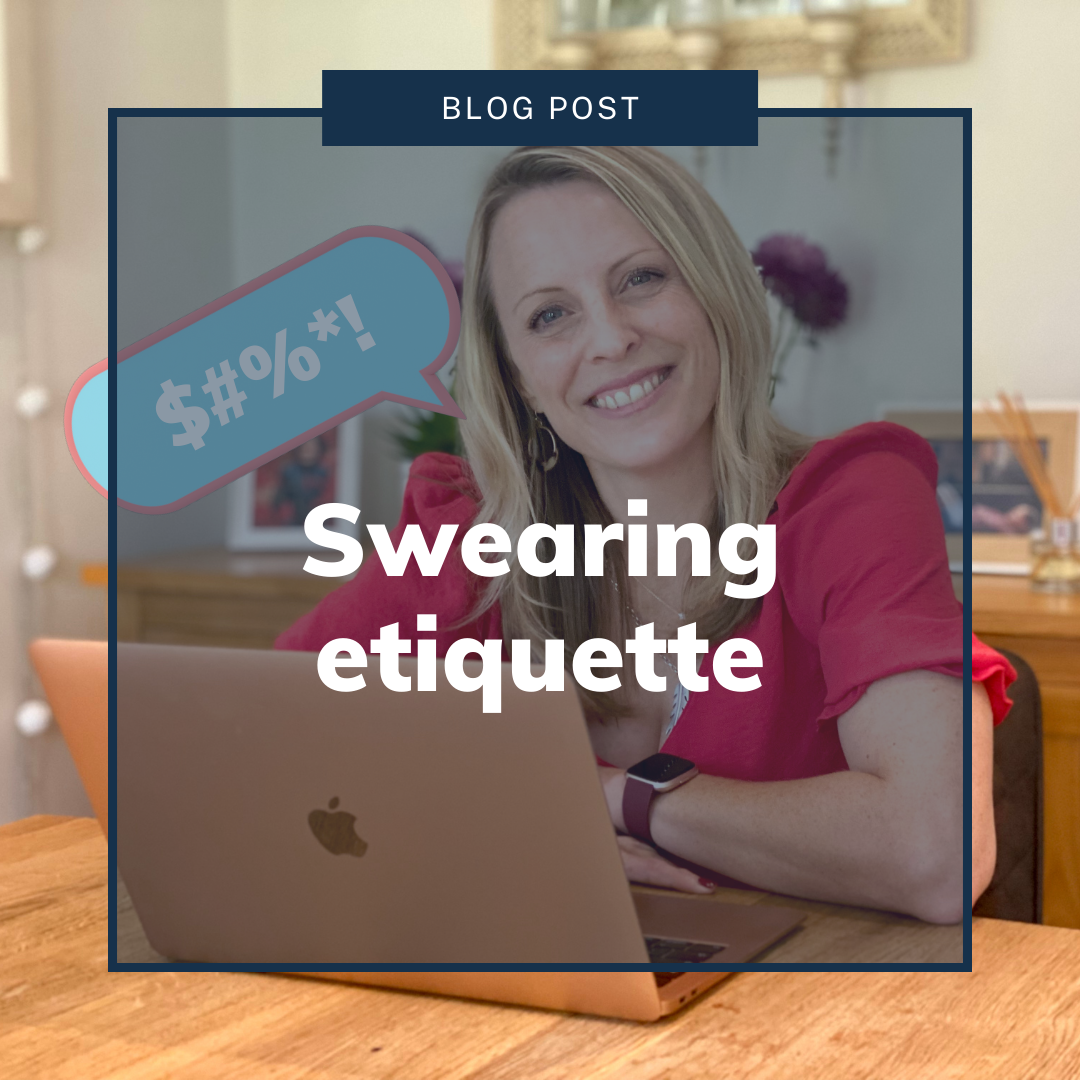 Picture caption: A visual representation of why swearing is an awkward fit for my tone of voice

As someone who finds swearing awkward and unnatural, I’m often left in awe of how some people seem to be able to scatter profanities into their prose with such ease and panache. Their flair for foul-language, somehow allows them to litter their writing with words that are distinctly risqué, but they manage to do this in a way that ends up being eloquent and entertaining. When I see this, I admit, I feel tempted to add a fruity phrase or two into my social media captions for impact. But I’ll (probably) never actually do it. Let me explain why it’s not part of my tone of voice.

Get clever with your cursing

Firstly, it’s wrong to write off swearing as universally offensive. It’s not. Your great aunt Pearl might shoot you a frosty glare if your language gets colourful, but for many, it’s an acceptable part of everyday language. And if we’re encouraging people to write for business in a more conversational style, why shouldn’t this include the freedom to eff and blind without a second thought?

I also don’t believe swearing is automatically a sign of a sloppy attitude to language. Or evidence of poor vocabulary (as my nan would have suggested).

For example, I’ve recently binge watched three seasons of Succession, absolutely captivated by the brilliance of the profanity-filled script. The Roys are possibly the most unashamedly foul-mouthed family in history. Would censoring out the prolific swearing have a detrimental effect on the script? Absolutely, yes. The characters are aggressive, inappropriate, and mostly dislikeable. The habitual cursing adds immeasurably to the depth of the ostentatious, vulgarity of the salacious siblings and their despicable father.

What does swearing add to your tone of voice?

There’s no denying it, swearing gets attention. If you want to ramp up the shock factor in a statement, a well-placed expletive will deliver the blow. If you need to give a caption some passion, an heartfelt curse adds that extra poignancy to a punchline. But equally when you’re crafting a witty aside, the idle addition of comical curse may be just what you need to add character and humour to a flat caption.

I think the power of a profanity is in that they overload an emotion. Upset, angry, excited, elated, surprised – there’s a curse that will help you immediately convey this in a single utterance with all the intensity you feel. When people swear, you feel what they’re feeling.  It takes far more effort to craft more polite expressions that achieve this with the same force or brevity.

However, the forcefulness of an expletive, in careless use, can also be its downfall. There’s nowhere to hide once you add a swear word to an email. It unmasks exactly how you feel and it’s laid out bare in writing for all to see (and share). If you put your opinion so sharply on the line, you can’t expect everyone will agree with you. It can make your point of view provocative – this has value in terms of instigating engagement, but you can’t expect every interaction it triggers to be in your favour. In short, if you’re bold enough to swear, you need to be courageous enough to handle the consequences.

So, although I think swearing in moderation can fit into the tone of voice of some brands, you need to be careful. Swearing has destructive as well as constructive tendencies. For example, the use of hate speech, racist or sexist terms can never be justified (regardless of how innocently they are intended). This use of this language is intrinsically and inexcusably offensive.

Equally, like it or not, there are times in real life when we curb how we really feel to prevent lighting the touch paper on an already uncomfortable situation. You should consider this too.

As a result, swearing in writing has to be more composed and not as spontaneous as a verbal curse. It needs to be done deliberately and with thought for the penalties of an ill-placed profanity. Run-of-the-mill swear words can sometimes unintentionally provoke an adverse reaction when used in an inappropriate context. Remember the controversy Macron provoked at the beginning of the year when he added a casual curse into a vaccine speech he gave. A good example of poorly thought out swearing.

And remember, an expletive in writing seems to have double the impact of one uttered speech.

1. Turn down the decibels

Aggressive, vicious, intimidating, and angry swearing is destined to be greeted with a hostile response. Steer clear of writing swear words in capitals, followed by an exclamation mark and in any other fashion that would suggest you’re shouting them. Swear words usually won’t raise an eyebrow if the tone of your writing suggests they’re being uttered calmly, wittily, or in mutually acceptable jest.

2. Use it to describe not abuse

Stick to swearing in description. Using an expletive for emphasis or exaggeration can be highly effective in the right context. But, on thing never use them to amplify an insult.

Getting creative with your cursing can add a whimsical humour and removes the chance any potential for a malicious misinterpretation. For example, adding an -ing or a -ly to the end of a swear word is a common way to casualise, humourize and generally de-insult it.

4. Think about your audience

If you wouldn’t swear in their presence IRL, what makes it appropriate in writing?

5. And remember, if it doesn’t genuinely fit with YOUR voice, it will be awkward

Is swearing what people expect from you? And this leads me to where I started this post – the real reason why I’ll never swear in a social media caption…

Why I don’t write in swear

I can’t swear with conviction in my own voice. I sound awkward. Swearing with style for me shows a willingness to take risks. It hints at a brand with a rebellious streak and having the confidence not to care what people think. That’s not me. I’m a relentless people pleaser. I’m far too self-conscious to swear in conversation, let alone on paper. I would literally have sleepless nights worrying I’d offended anyone if I slipped an f-bomb into a social media caption.

For me, it’s just not ‘effin worth it (look, I even fake swear bad!) But that’s not to say it won’t work for you.

This website uses cookies to improve your experience while you navigate through the website. Out of these cookies, the cookies that are categorized as necessary are stored on your browser as they are essential for the working of basic functionalities of the website. We also use third-party cookies that help us analyze and understand how you use this website. These cookies will be stored in your browser only with your consent. You also have the option to opt-out of these cookies. But opting out of some of these cookies may have an effect on your browsing experience.
Necessary Always Enabled
Necessary cookies are absolutely essential for the website to function properly. This category only includes cookies that ensures basic functionalities and security features of the website. These cookies do not store any personal information.
Non-necessary
Any cookies that may not be particularly necessary for the website to function and is used specifically to collect user personal data via analytics, ads, other embedded contents are termed as non-necessary cookies. It is mandatory to procure user consent prior to running these cookies on your website.
SAVE & ACCEPT